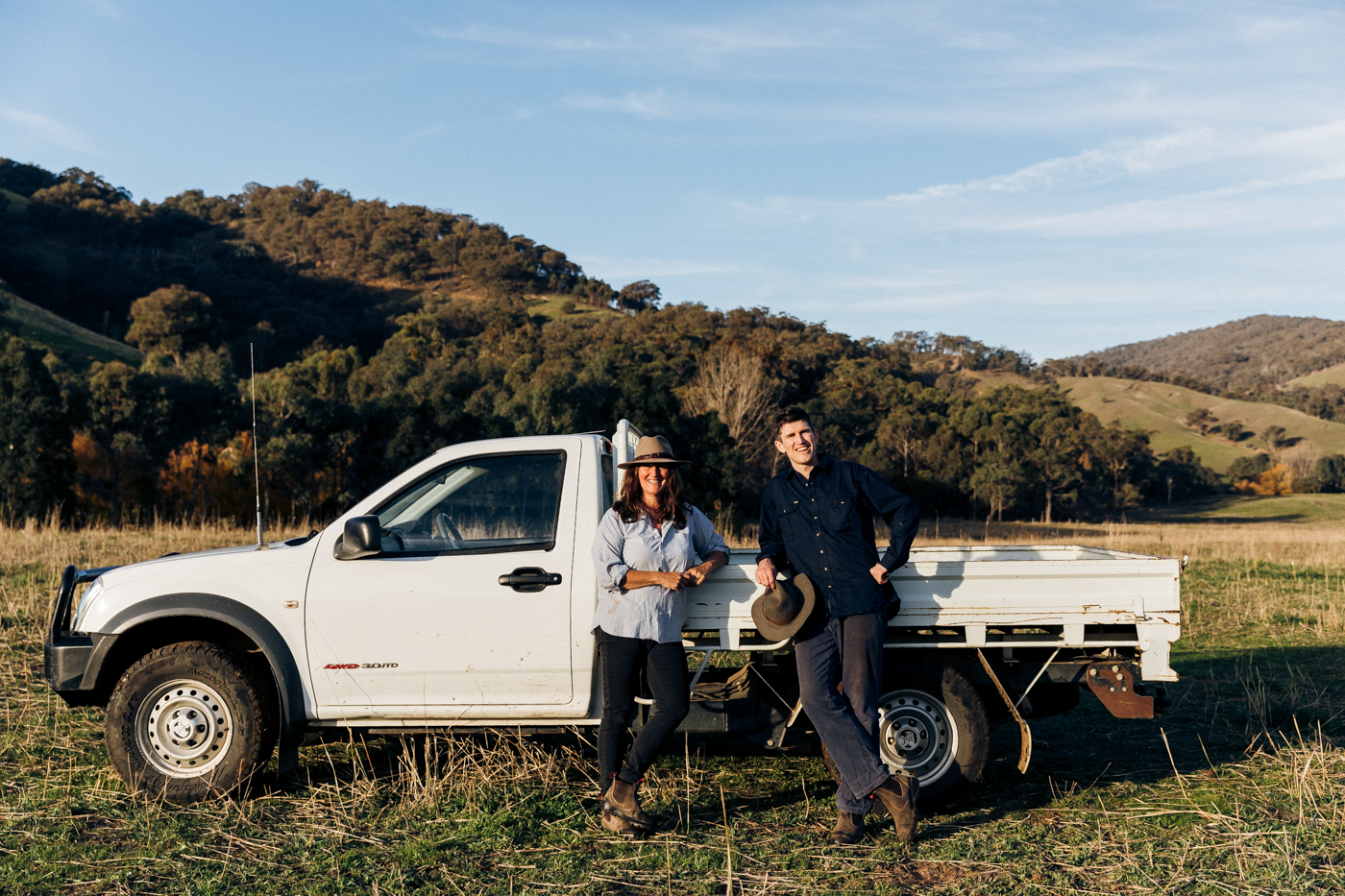 Make the switch today, it's easy!

We provide a clean and local alternative, with innovative renewable energy solutions, that keeps profits right here in our region.

Indigo Power is a community owned energy company and social enterprise committed to powering our communities with clean energy. We’re based right here in regional Victoria.

Community energy hubs combine local renewable energy generation, storage and energy sharing, giving our communities control over their energy future. We’ve got some of the best solar resources in the country, and we’re helping communities make the most of it.

Through innovative technology, customers with solar panels (and batteries) can share energy with their local community. Energy hubs promote clean energy cooperation across the whole community, with energy transferred from those who have it, to those who need it.

Indigo Power convenes the North East Community Energy Network. The Network brings together community energy groups from across the region to collaborate on clean energy projects.

As a certified social enterprise, we’ve committed to returning 50% of our profits to clean energy and community projects in our towns.

Indigo Power has a board of directors, and strategic advisory committee, with a strong mix of business, finance, environment, community development, science and management skills.

Board Chair, Ann Telford.
Ann holds the ANZSOG Executive Master’s degree in Public Administration and brings expertise in strategy, project management, governance, utility customer billing, engagement and communications. Ann is the current General Manager Customers & Stakeholders at Goulburn-Murray Water, and has served in senior roles in the Victorian public service for almost two decades. Ann’s experience as a director includes being a ministerial appointee to both the Murray Regional Development Board (NSW) and GoTAFE (Vic). Ann is also a current director of Beyond Housing, and a former Chair of Alpine Valleys Community Leadership.

Deputy Chair, Dr. Rowan O’Hagan.
Rowan is an economist with accounting qualifications who brings expertise in governance, finance, audit, risk and strategic planning from a range of sectors. Rowan has a PhD in Economics, a Master of Accountancy, and a Master of Agricultural Science. Rowan is currently a director of Albury Wodonga Health. She is a former member of the Charles Sturt University Council, a former director of Coliban Water, North East Water, WAW Credit Union Cooperative, Ovens and King Community Health Service Ltd, Gateway Community Health Service Ltd, and was the former Chair of St Mary’s Primary School Corowa Board of Management.

Managing Director and Company Secretary, Dr. Ben McGowan.
Ben McGowan has worked as a social researcher and consultant in the conservation and energy fields. He has been Indigo Power’s managing director since incorporation and is a former business analyst at the Indigo Shire Council, a former member of the Totally Renewable Yackandandah Committee of Management, and a former member of the Charles Darwin University Council. He is a graduate of the Australian Institute of Company Directors  Course and holds a PhD in Sociology and a Master of Science.

Director, Matt Grogan.
Matt is a commercial and property lawyer and part-owner of Transition Law Pty Ltd, based in Beechworth. He has a Bachelor of Law (Hons) and a Bachelor of Science from Monash University. Matt is a former director and Chairperson of Mittagundi Outdoor Education, and a founder, former member, and former Chair, of the Totally Renewable Yackandandah Committee of Management.

Director, Dr. Rik Thwaites.
Rik Thwaites has had a distinguished academic career, working both in Australia and internationally. He is currently an Adjunct Research Fellow at the Institute for Land, Water and Society at Charles Sturt University and a director of the Cape Otway Conservation Ecology Centre. Rik has also been a member of the Environmental Advisory Committee to Indigo Shire for over a decade and previously served on the board of Trust for Nature, a Victorian State Government authority supporting conservation on private lands.

Director, Gayle Lee
Gayle Lee is a CPA and a Graduate of the Australian Institute of Company Directors. She owns a farming property currently being developed as a solar farm at Glenrowan West and runs an agricultural contracting business with her husband. Gayle is a former General Manager of Bruck Textiles in Wangaratta and a former Director of North East Water and Goulburn Murray Water.
Gayle is the Chair of the Audit and Risk Committee of the Rural City of Wangaratta and a Trustee of the Benalla Cemetery Trust.

Director, Chris Gunner
Chris studied economics and law in Australia and Japan, before a career in energy and related businesses which included senior leadership roles with Royal Dutch Shell group companies in Australia, the UK, Malaysia, Korea, and Japan.  He has worked as a lawyer, corporate treasurer, economist, retail manager, deal leader, project developer, and company president.  For six years he was the Chief Operating Officer of Shell Australia’s gas and power business, based in Perth, before becoming the country chairman of Shell’s organizations in Korea and in Japan, where he served as a non-executive directorship on listed-company boards, including Showa Shell Sekiyu Ltd, the owner of ‘Solar Frontier’, a company producing and marketing some 1000 MW per annum of photovoltaic (solar) cells.  While in Japan, he was also a director of the “CO2-free Hydrogen Energy Supply-chain Technology Research Association” (HySTRA).  After returning to Australia, Chris completed his career with Shell in 2019.

Managing Director – Dr. Ben McGowan
Ben has worked as a social researcher and consultant in the conservation and energy fields. He has Masters qualifications in science from the University of Melbourne and a joint PhD from the Australian National University and Charles Darwin University.

Project Coordinator – Lysander Tyrrell
Lysander’s is the voice you hear when you call Indigo Power. He has worked in outdoor education, videography and mixed media, before moving into sales and customer service.

Marketing and Communications Officer – Fran Quintanilla
Analytical and strategic by nature, Fran is passionate about crafting and telling meaningful stories that bring people together. She has worked in the professional services industry and has Masters qualifications in marketing and leadership from Swinburne University.

We’re a community-owned energy company, based here in regional Victoria. Indigo Power is committed to creating local employment opportunities and using local suppliers where possible. As a certified social enterprise, we’ve committed to returning 50% of our profits to clean energy and community projects in our towns. So when you join Indigo Power you’re ensuring that more money that’s spent here, stays here.

Our purpose is to deliver 100% renewable energy across North East Victoria and Southern NSW, in a way that supports and empowers communities. We’re committed, and will spend half our profits on achieving our renewable energy target. 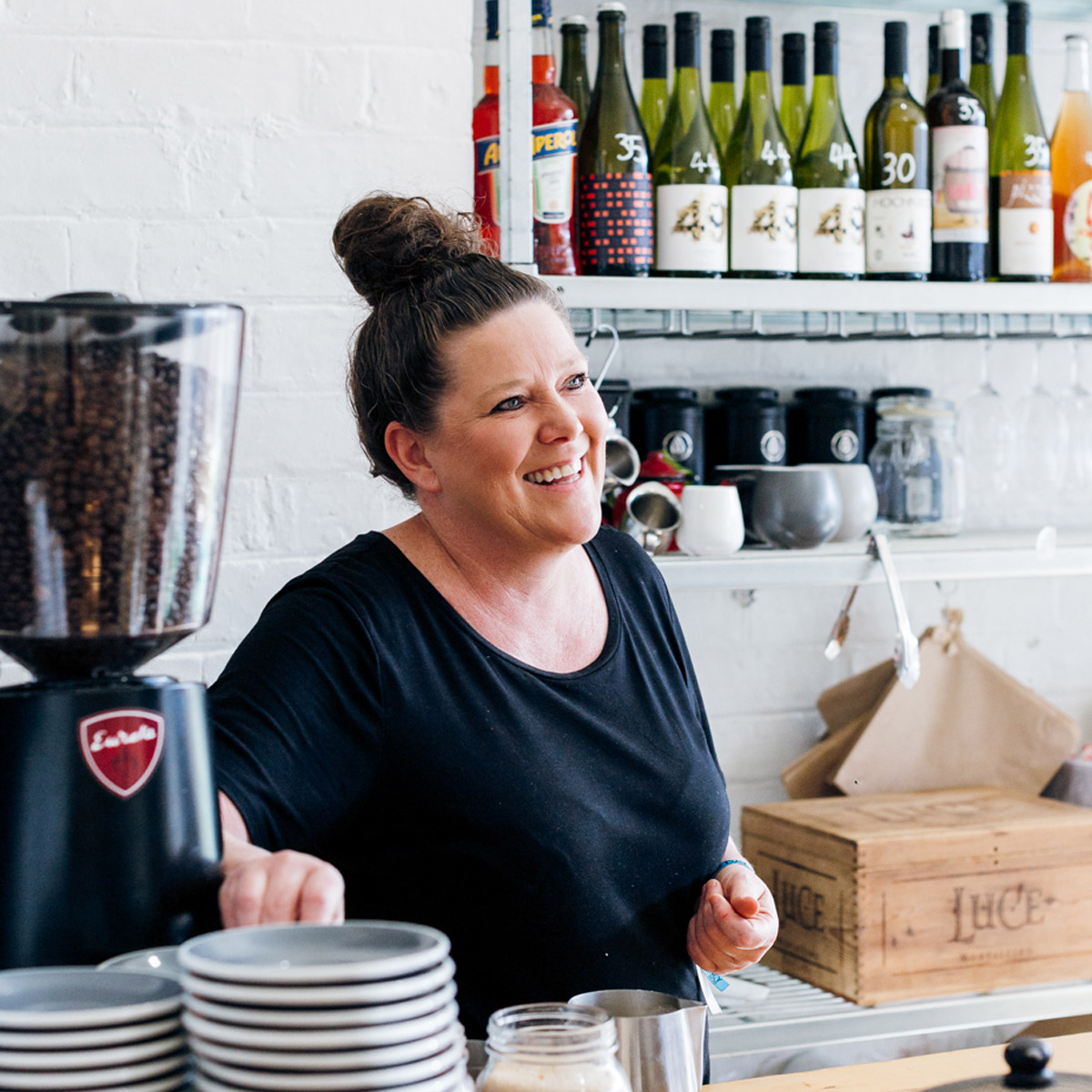 Everything you need to know about becoming Indigo Powered.

No. Anyone can join Indigo Power.
Customers with solar panels generate the energy that other customers can use, or we’ll generate it for you at our community-owned solar power systems. So don’t worry. If you don’t have solar panels you’ll still be an important participant in your community energy hub, and be able to have your electricity supplied by Indigo Power.

If you’ve got solar, excess energy that is not being used is sent back into community energy hub and is available for other customers to use.
Indigo Power will also be building renewable energy generation installations to provide top up electricity for the hub. We’ll run the calculations each evening. The next day we’ll show you how much energy was shared locally, was shared by larger scale generation and storage assets, and was supplied from outside the hub.

No. You can participate in your community energy hub without solar panels, and without an Ubi.
In the mid-term, having an Ubi will give you additional functionality, allowing you to make real-time decisions about how you participate in the hub. In the short-term, the Ubi will give you real-time visibility of your household’s energy generation, consumption, and export. You’ll also be able to track the performance of the hub with your Mondo Portal.

Don’t worry. If you don’t have an Ubi you can still participate in your community energy hub, and our Indigo Power software will allow you to track the performance of your hub.

Indigo Power is a public unlisted company and certified social enterprise. We’re owned by community members from across regional Victoria and New South Wales.
You can see our board members and management team here.

Indigo Power is a certified social enterprise, and directs 50% of our profits towards projects that support our purpose.
Our purpose is, ‘to enable a society that is powered by 100% renewable energy in a way that supports and empowers communities.’

Energy Locals are a Melbourne based company with a vision of making energy cheaper, cleaner and fairer. You can find out more about Energy Locals here.

Community energy is an approach to renewable energy that gives power back to communities.
This can be through local ownership, or by ensuring benefit flows back to the community in some other way. We convene a network of 15 community energy groups across the region, all working to deliver clean energy outcomes for their communities. 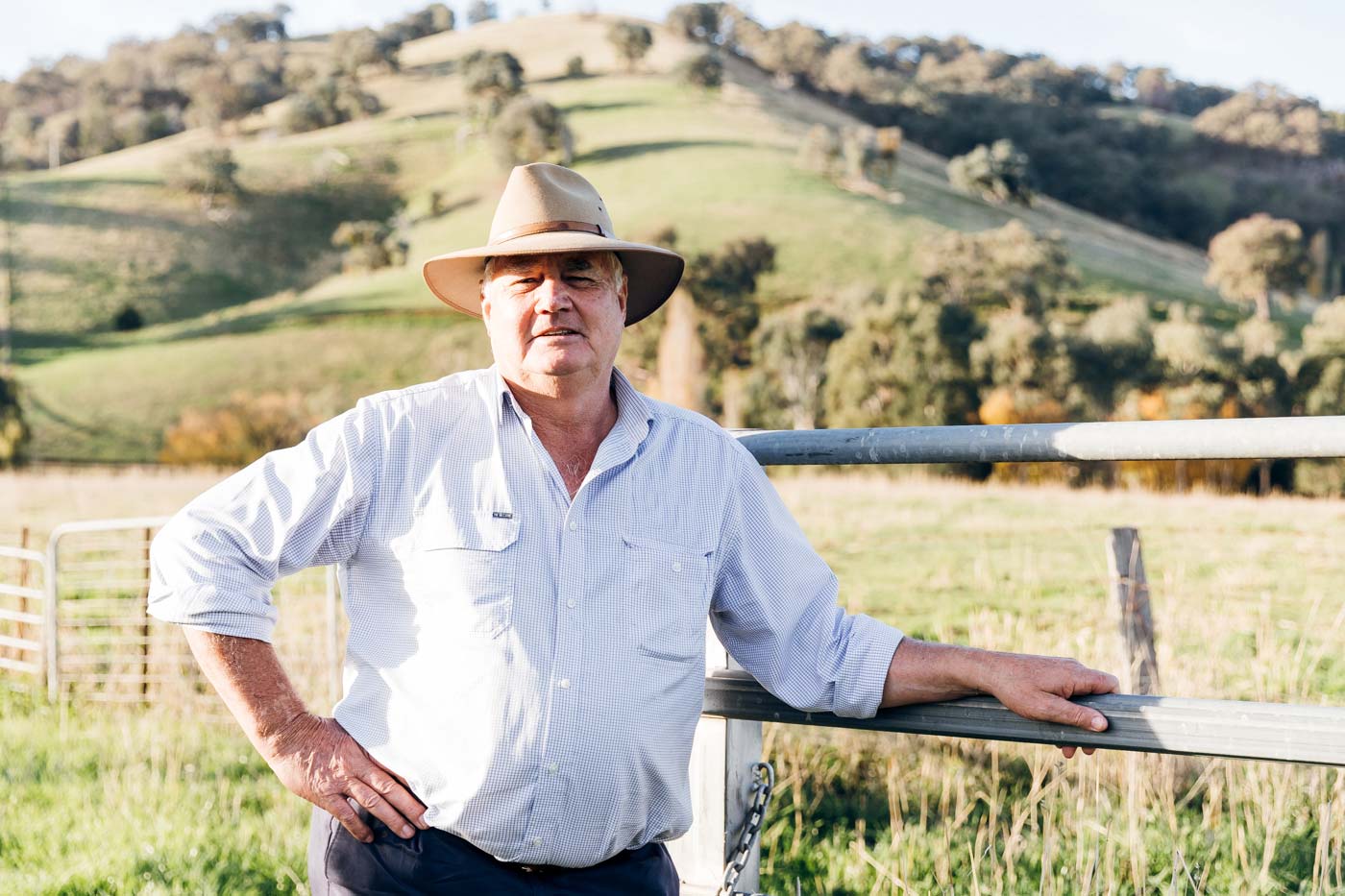 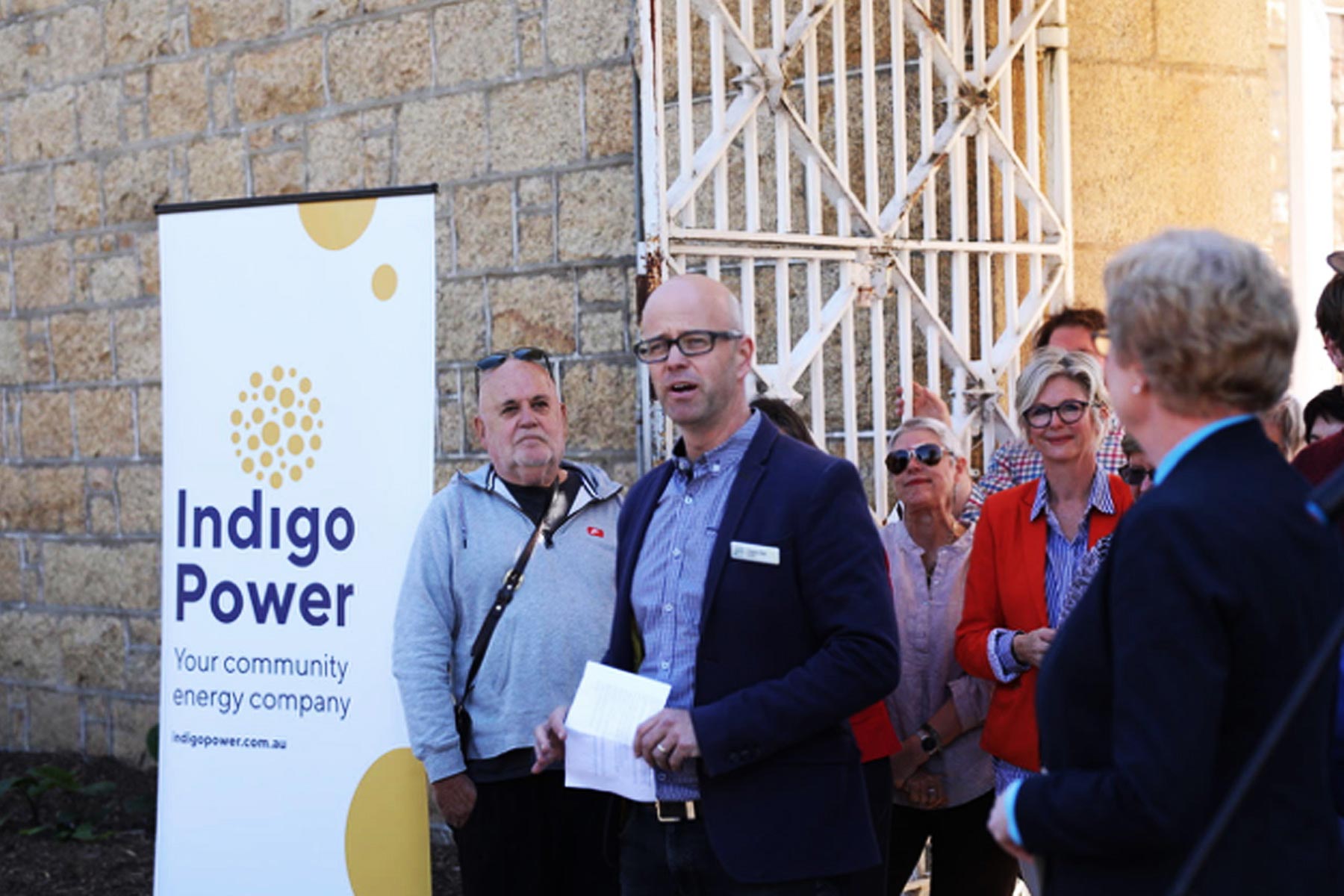 Indigo Power has partnered with the Old Beechworth Gaol – a local social enterprise – to install the first community owned solar power system in the North East Victoria. The 89 solar panels will save the Old Beechworth Gaol over $1000 in electricity costs, providing clean energy to the site, and the businesses operating within the complex. 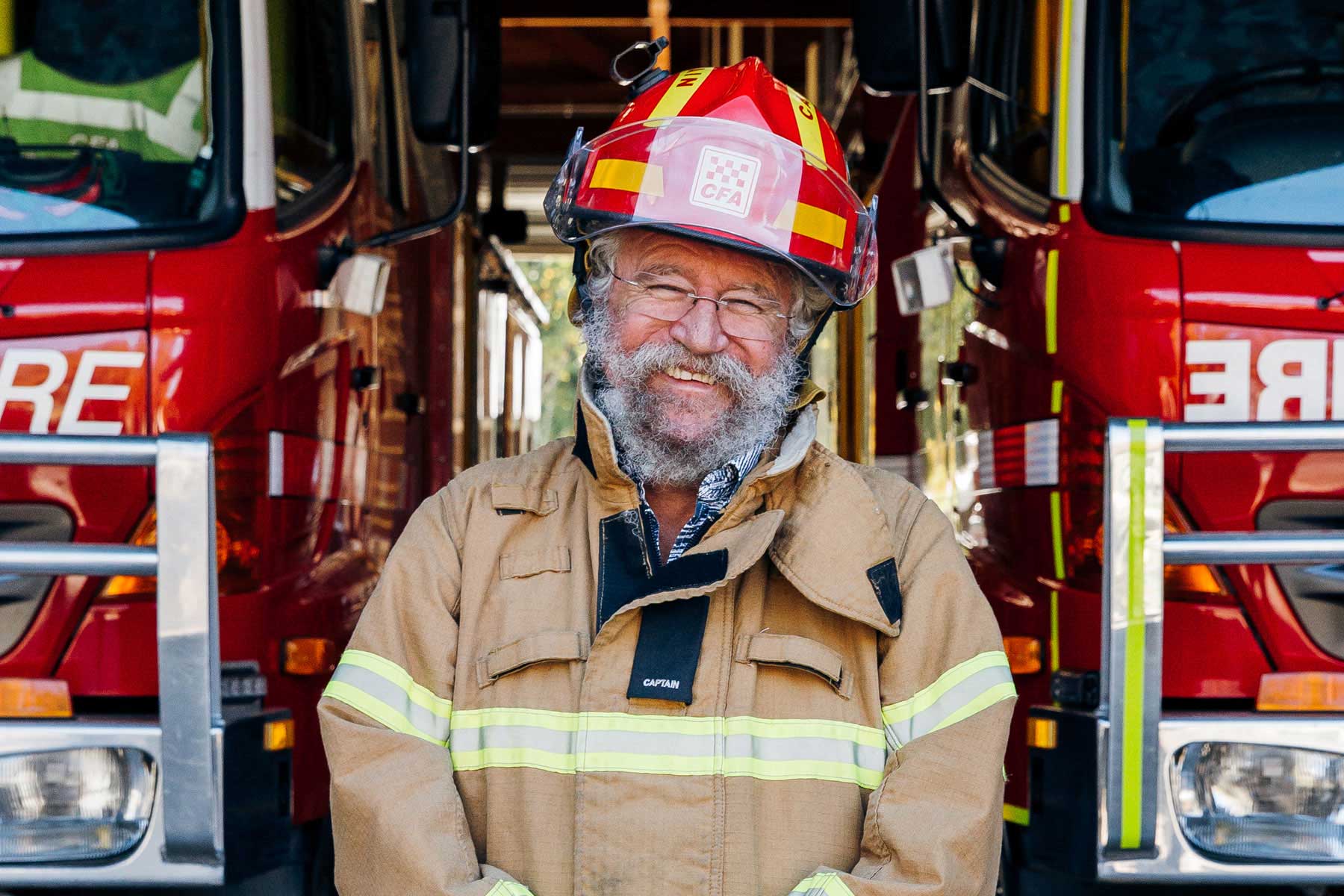 The Yackandandah CFA is an active member of the Yackandandah community energy hub.  In 2019, the Yack Fire Shed installed a solar and battery system, keeping energy costs down, ensuring a resilient energy supply during natural disasters, and supplying clean energy to the local community. 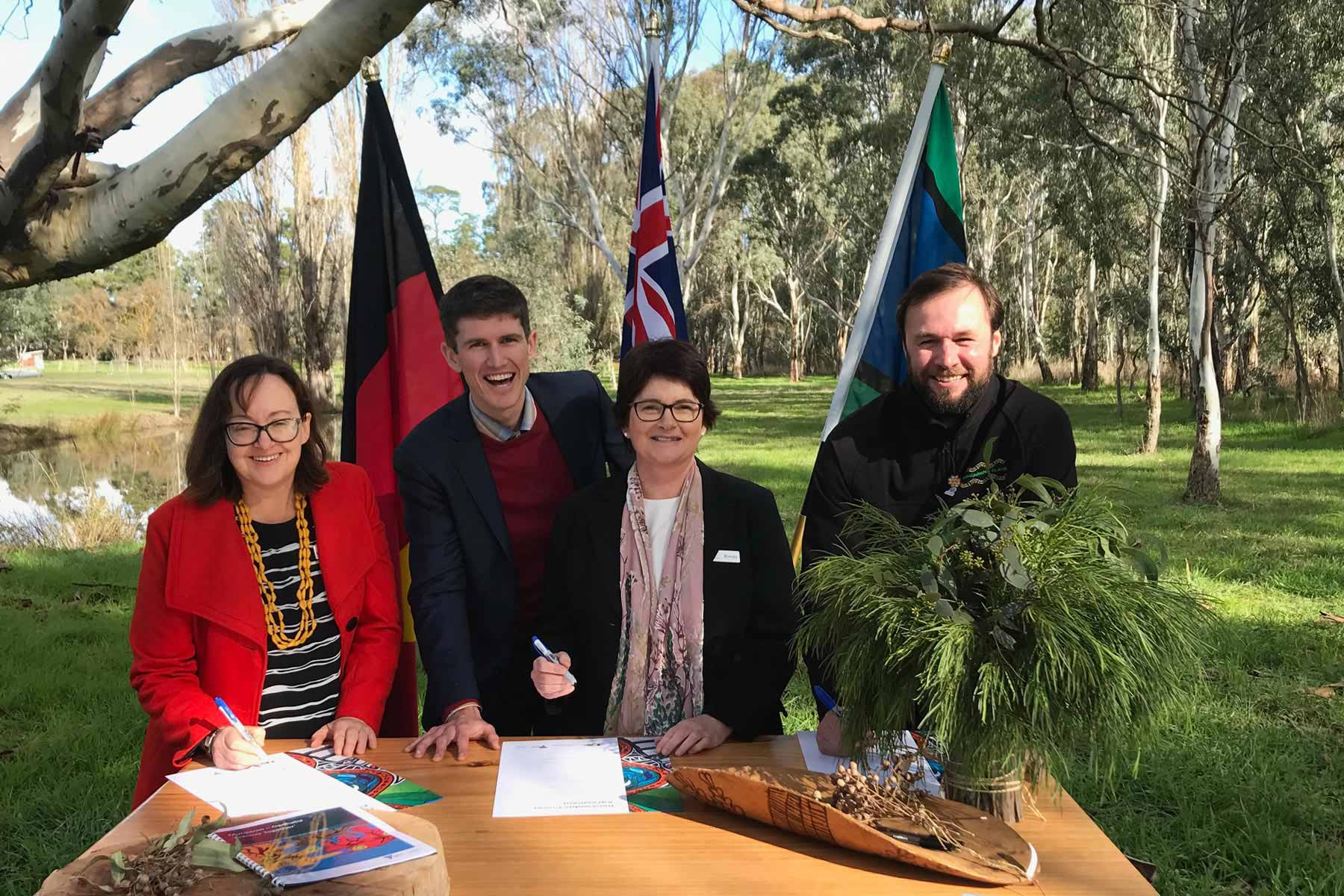 This project will deliver clean, locally generated energy to the Department of Environment, Land, Water and Planning (DELWP) Broadford office on Taungurung country. This 17 kW, 50 solar panel system sits at the Broadford office in North-east Victoria.

The project is funded through an investment from Traditional Owners, delivering a sustainable on-country investment opportunity for the Taungurung Land and Waters Council. 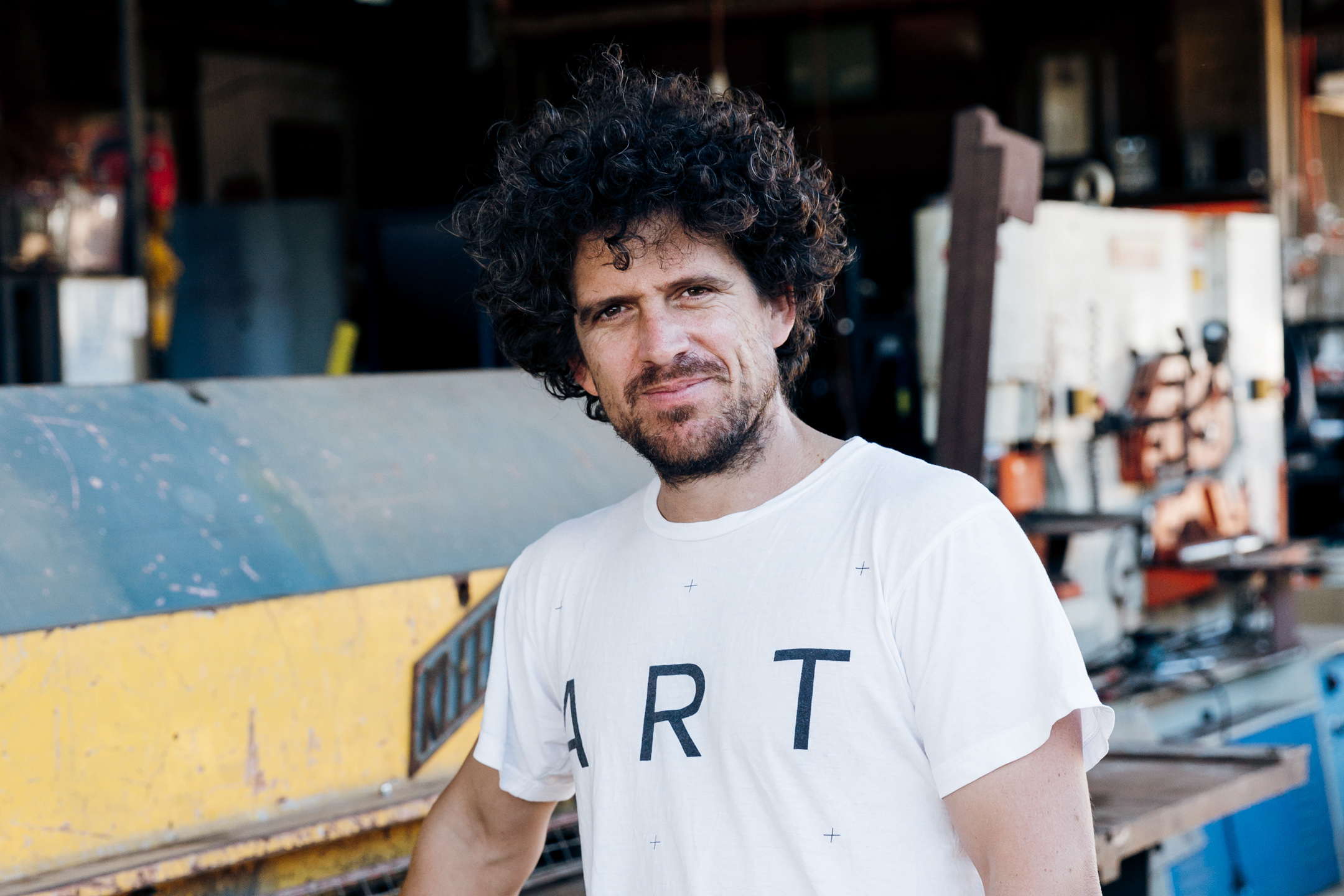 Working from an old sawmill in Yackandandah, Ben’s business creates sculptures that feature around the world. He is passionate about community renewable energy and plans to host Australia’s first community owned solar and battery project at his worksite.